Adam Richards Architects is an award-winning architectural practice founded in 2000. Based in our design studios in London and Sussex, ARA has developed a reputation for a wide range of arts, cultural, heritage and residential projects.

From its inception, ARA’s approach has been to transform the deeper cultural themes within its projects into engaging critical, spatial, social and structural propositions. Often our clients have unique objects and unusual sites. We work collaboratively with them to find inspiring, inventive and affordable ways of making their environment better.

The practice has built a reputation for the quality of its designs, winning a range of national and international awards. In 2015 a book, ‘Designing for Ditchling’, was published about ARA’s work.
Current projects include houses, museums and a lido. The practice was recently nominated for the European Union Prize for Contemporary Architecture - Mies van der Rohe Award.

Adam Richards Architects gained international recognition for the critically acclaimed Ditchling Museum of Art + Crafts, which was chosen by the Sunday Times as the architectural highlight of the year.

“The museum tells this story with aplomb… in the spirited setting of Adam Richards’s architecture.”
New York Times

Adam studied architecture at Cambridge University under Peter Carl & Dalibor Vesely, after a degree in international relations and politics. He worked in Dublin and London for Niall McLaughlin, MacCormac Jamieson Prichard and O’Donnell & Tuomey on projects ranging from national museums to private houses, before establishing Adam Richards Architects in 2000.

Adam has taught architecture at Cambridge University and Kingston University, and has been a guest critic at a range of architecture schools. Adam has been a judge for a number of architectural awards, and is currently chair of the RIBA South East awards jury. He is a member of the South Downs National Park Design Review Panel.

The Georgian Group’s Architectural Awards, Giles Worsley Award for New Work in the Spirit of the Georgian Era – Winner

Royal Institute of British Architects, House of the Year – Shortlisted

Art Fund Prize for Museum of the Year - Shortlist

All Aboard - Elle Decoration, August 2021

The Cheese Barge by Adam Richards Architects Is a Timely Homage to the Stirling Pavilion in Venice  by Linda C. Lentz - Architectural Record, May 2021

Samsung Meets The Architect Who Has Turned WFH Into An Artform - Mr Porter, 25th September 2020

A House of Desires and Dreams by Edwin Heathcote - Financial Times, 25th January 2020

One for the Ages, Nithurst Farm by Adam Richards by Rob  Wilson - Architects' Journal, 6th November, 2019

Tuscan Palazzo? No! Try a Family Home in Sussex, by Dominic Bradbury - The Times, 2nd November

Farm and Function, by Ruth Guilding - World of Interiors, October, 2019

Retrofit of the Year, by Laura Mark - Architects’ Journal, 17 September 2014

A Community of Craftsmen in England, by Alice Rawsthorn - The New York Times, September 15, 2013

A selection of the best Next Generation Architects, by Henrietta Thompson - The Architecture Foundation, 2008

A selection of the best Next Generation Architects - The Architecture Foundation, 2007

2006
BOOK: How to Live in Small Spaces, by Terence Conran - Conran Octopus Ltd. 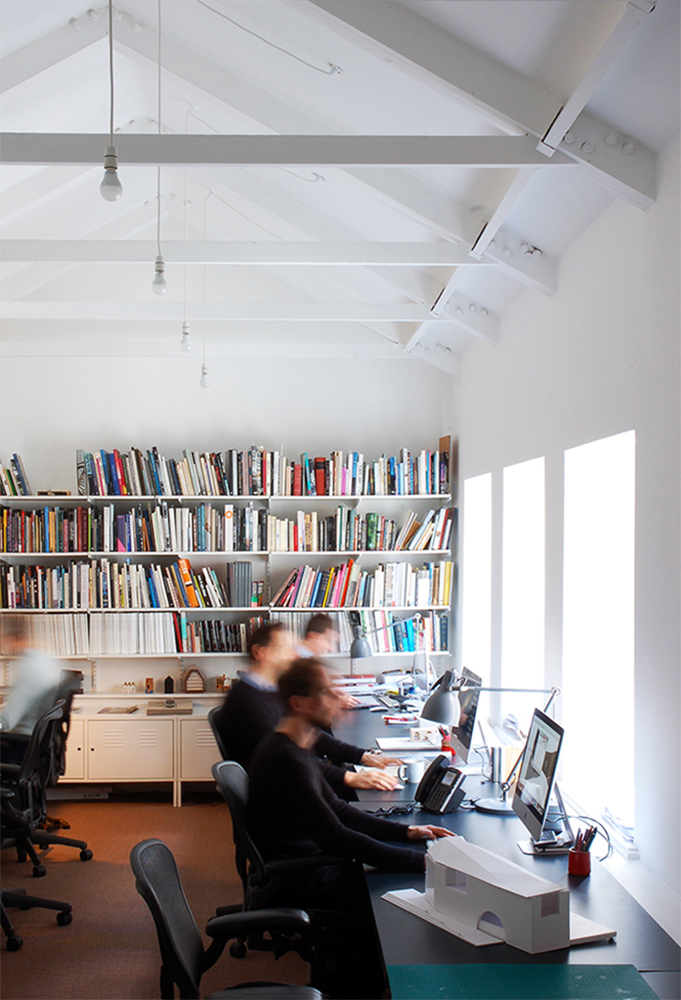